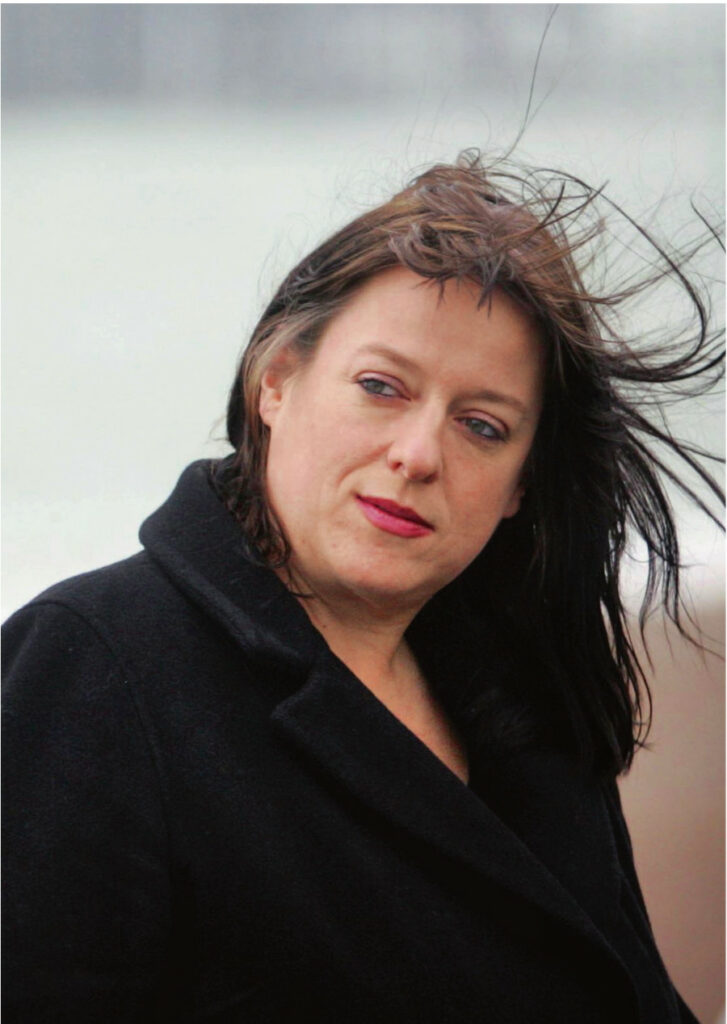 «We don’t have to live in an atomised world where every thought is an ism»: Julie Burchill.

Activists wanted to cancel my new book - and failed. There's hope for our crazy world.

An hour before I started I writing this essay, I received an ‘Account Warning’ from Facebook that a favourable review of my new book had been removed due to a ‘violation of community standards.’ Appearing as it had in that most respectable of English newspapers - The Times - and written by one of our most erudite journalists - Quentin Letts, who has never even violated a comma in his long career - I was mystified as to why it had been removed.

I posted it on the 19th of November so this was no algorithm which would have taken almost two weeks to recognise any alleged offensiveness. No, the only conclusion I could come up with was that some sappy little snowflake (or *Cry-Bullies* as I dubbed the Wokers) must have been having a belated tantrum - maybe the wrong shade of blue hair dye had been purchased - and just couldn’t stand the fact that a book they had believed should never have been published had received a great review - ‘the force of epic poetry’ as Mr Letts put it.

So what was good enough for the Times of London, one of the world’s greatest newspapers of record, was deemed to violate the Community Standards of Facebook. After an initial flash of annoyance, I must say I felt more pleased with myself than ever - and my self-esteem baseline is pretty high to start with. What a threat to the paper-thin opinions of the opposition a good review of my book must be! They’re even weaker than I thought they were.

It’s not like WTTWT had had a smooth ride. I was contracted with a large publishing house at the start of 2020; by March the first lockdown was imposed. As one with a capacity for restaurants, bars and hangovers, I found myself in what might be a nightmare for others but was a writer’s dream; confined to barracks, in an apartment I adored, with a view of the sea. And due to the lunacy of the Crazed New World, I was never lost for material; I’d go to bed hearing that chessmen were racist and wake up to find out that brunch was racist too, according to the actor Alan Cummings - who, to me, has *brunch* written all over him. By the end of the year the book was finished.

Regrettably, here’s where the trouble started. A combination of ending the book, the lockdown being lifted and the Christmas holiday imminent caused me to do a thing no writer should do - go on Twitter drunk. After a hearty scrap inspired by my inquiring after the age of the Prophet Mohammad’s first wife (most estimate that she was nine and he 52 when they married) I was denounced as a racist on social media (though Islam is of course a religion rather than a race) and dropped by my publishers, Hachette. A spokesperson issued a statement: ‘We will no longer be publishing Julie Burchill’s book. We believe passionately in freedom of speech and we have always published authors with controversial or challenging perspectives – and we will continue to do so. We believe that Julie’s comments on Islam are not defensible from a moral or intellectual standpoint, that they crossed a line with regard to race and religion, and that her book has now become inextricably linked with those views.’

To be honest, I’d had a few doubts about Hachette already; I’d been asked to remove the word WOKE from the brilliantly descriptive title, now being acted out in real time. In the summer of 2020 Hachette chose to *partner* with something called ‘All About Trans, an organisation helping companies to promote a deeper understanding of trans issues’ donating £10,000 to LGBTQ organisation Stonewall - now, amusingly, itself the object of rejection of many respectable associations which had *partnered* with them (i.e given them vast amounts of public money) from the BBC to the Equality and Human Rights Commission. An organisation formed to uphold the rights pf gay people had been taken over by the silly, sinister trans-lobby; as the lesbian writer Jo Bartosch put it: ‘They have claimed that those who recognise the importance of biological sex are as morally reprehensible as those who hate Jewish people. It seems they also believe homosexuality is akin to racism. Given this, one wonders on what basis Stonewall can claim to advocate for homosexuals?’ If I’d have known that Hachette were giving away money to these half-wits, I’d have cancelled them.

Like the majority of large publishers in both the UK and USA, Hachette are infested on a lower level by exactly the well-connected no-marks of the type who, in the summer of 2020 complained that they did not want to work on JK Rowling’s latest children’s story, The Ickabog, as they were offended by her claim that there were only two sexes. Predictably, Hachette gave these cry-bullies a good talking too; JK Rowling is the diamond as big as the Ritz in the world of books, and publishers would rather eat their own feet than lose her. I totally understand the huge gulf in our book sales and do not intend to indulge in a Poor Me Pity Party. And anyway, I finally found an American publisher brave enough to take me on, and the resulting book has enjoyed some success, selling well on Amazon (getting to position 2 in Political Science) and being excerpted in a couple of mass-selling newspapers. Russia Today’s review headline was NEW BOOK DESTROYS IDENTITY POLITICS and while that might be a little bit over the top, I’ve had a damn good go.

After my initial annoyance, I felt amused - imagine being so weak that you'd be so offended by a writer you didn't like getting a good review that you’d run off and snitch to teacher. I felt a smug sort of glee thinking of all the rude awakenings the snowflakes will get out in the big bad world when they're eventually forced to make a living. But what if they move into all the positions of power? Maybe they already have; even the CIA use pronouns now. The Establishment appears to be turning Woke with an eagerness which might make even the least paranoid among us feel that something creepy is going on - a cultural revolution which will end up with even thinking the *wrong* thoughts punishable. A friend of mine, the ex-policeman and feminist ally Harry *Fair Cop* Miller, was actually visited at his place of work by the police and told to ‘Check your thinking’ after *liking* a rude poem about transsexuals on Twitter. Whereas I’ve seen numerous postings of men in makeup holding weapons and banners saying I KILL TERFS on social mediia.

It’s telling that a manager director at Hachette called my comments ‘deplorable’ - the word used by Hillary Clinton when she couldn’t get people less educated than he to behave the way she wanted. A new feudal system in which we are told what to say, read and believe by our new overlords, the liberal establishment, is now being given the final touches. There is an uncivil war over freedom being fought in the West, with words and increasingly with actions; when banning books is rampant and in a year when British Jews experienced the highest levels of anti-Semitism since records began (sickeningly, with a 491 percent increase in school-related incidents) something frightening, yet familiar, is coming towards us. But I’m an optimistic person, and to quote the last paragraph of my book:

‘We don’t have to live in an atomised world where every thought is an “ism” and every person an “ist”, where we’re all furiously beeping our horns at each other as we kill time stuck in the cul-de-sac of identity politics. The human spirit (yes, that old thing) could rally at the eleventh hour and we might awake from our sleepwalking. And then we’ll think, “It was all a horrible dream!” as we gaze around dazedly at each other, strangers and good companions, on a piece of rock hurtling through space, going somewhere, together.’

Welcome To The Woke Trials: How #Identity Killed Progressive Politics  by Julie Burchill (Academica Press) is available from Amazon.