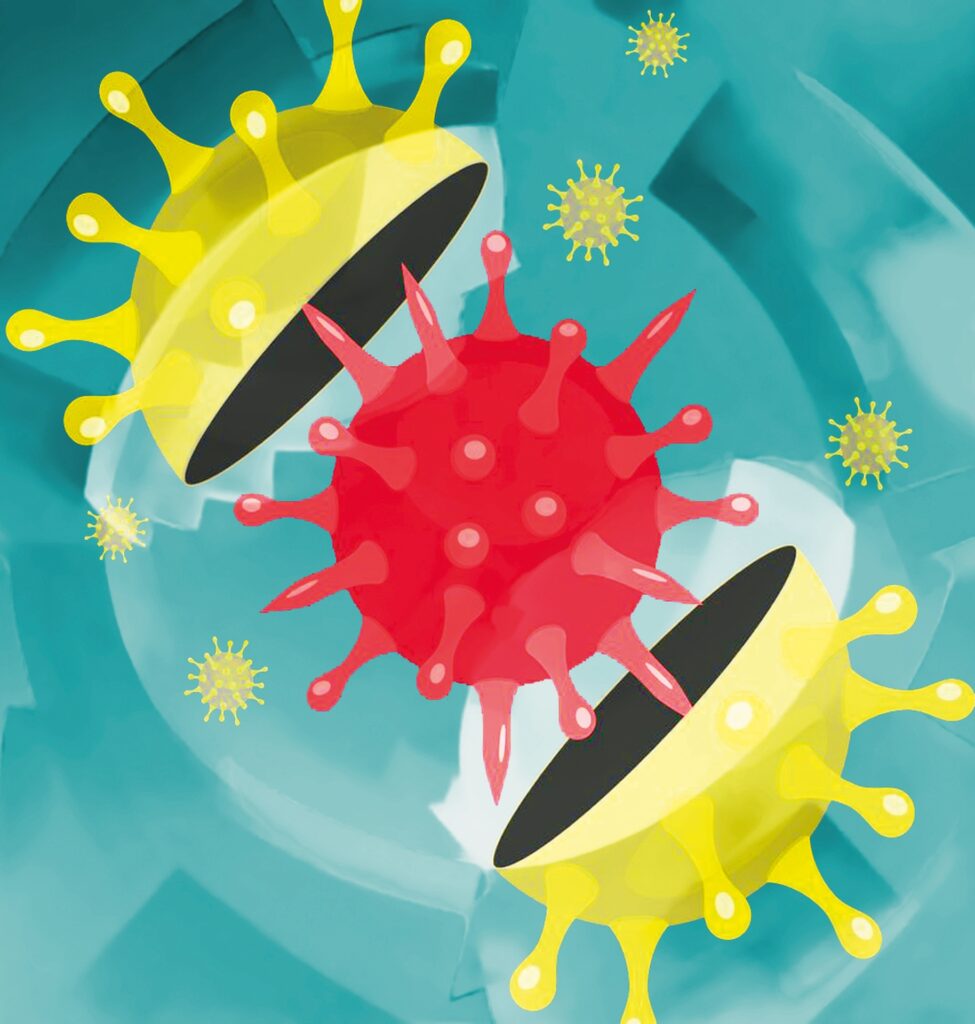 «Omicron is acting more like a flu and a cold virus”: Angelique Coetzee.

Our Virus, Our Choice

Dr. Angelique Coetzee, the South African physician who discovered the Omicron variant, is hopeful that the global COVID pandemic is nearing its end. Although more contagious than its foebearer, the new Omicron strain is markedly less severe. Coetzee advises, “Anyone who threatens severe lockdowns or enforces travel restrictions to prevent the spread of the virus does not understand the virus.” She tells Die Weltwoche, “Medicne should be freed from politics.”

A little over a month ago, South African physician Dr. Angelique Coetzee discovered that a new COVID variant was sending patients to her examining room. Most of the sufferers were men under the age of forty. Just under half were vaccinated. Their symptoms were mild compared to the original virus which has claimed nearly five and a half million victims worldwide, to date. They complained of fatigue, mild muscle aches, a scratchy throat, and dry cough. None required hospitalization. The 61-year-old general practitioner, who serves as the chairperson of the South African Medical Association, tells Die Weltwoche that fears over Omicron are highly exaggerated.

Weltwoche: Ms. Coetzee, you've got the world quite panicked with your discovery of the Omicron virus.

Coetzee: (laughs) I never thought about that. I was just doing my job.

In my medical practice in Pretoria, I discovered the clinical symptoms and the appearance of the Omicron virus. The experience I gained during the previous Corona waves gave me the tools to grasp the clinical picture while taking care of the primary care of my patients. That is my passion.

How would you describe that passion?

Medicine is an art. Especially, the younger colleagues among us have forgotten how to relate to their patients and listen to them. When it comes to clinical diagnoses, they often blindly rely on findings from science. But we doctors must not forget that we are dealing with a real patient and not just a collection of medical data. The virus cannot read the laboratory results.

How did you discover this new variant?

A young man who came to my office on the 18th of November thought he had sunstroke. He had been working outside in the hot sun and now felt tired. I tested him for COVID. The result was positive and so were the tests of his whole family. That same day, I had seven other patients with similar symptoms. That's when my alarm bells rang. I hadn't seen any Covid patients in eight weeks, at that point. Something was wrong, I said to myself. I was convinced that it was not the Delta virus.

How could you be so sure?

I had treated 600 Delta patients. So, I was able to make comparisons. At the same time, a laboratory technician at Lancet Pathology Laboratorium had also discovered differences with the PCR testing from the previous coronaviruses. When scientists confirmed that a new virus variant had emerged, we tried to evaluate how dangerous the new variant was. The research of my colleague, Wolfgang Preiser, helped me a lot. He is a medical virologist at Stellenbosch University — a damn good one, in fact. While I work on the front lines, he is heavily involved in research.

What is your finding, as a doctor?

Omicron is a viral infection that results in inflammation of the musculoskeletal system that can lead to back pain, chest pain. In addition, there might be a headache in the morning, some hoarseness, and night sweats coupled with fatigue. These are the typical Omicron symptoms. After six days, maximum, a majority of patients seem to be fully recovered.

Sounds unpleasant but not particularly dangerous.

Exactly. Omicron does not attack the upper respiratory tract in the same way as Delta and especially not the lungs in mild cases. Only in severe cases will patients develop pneumonia. We also know, based on provisional results from a study that was done at our facility, that people who were infected with Omicron developed enhanced immunity to the Delta variant, especially those who were vaccinated.

What do you prescribe to your Omicron patients?

The sooner they are treated with cortisone, or anti-inflammatory drugs, and an Ibuprofen and Paracetamol combination, the better the recovery rate in patients with mild symptoms. A low dose of cortisone seems to be the gold standard for Omicron treatment, as soon as the diagnosis is made. Artificial oxygen is not necessary.

Then, the panic you caused with your discovery was exaggerated?

Yes. It was completely exaggerated. Governments warned about the rapid spread of the new variant, which is true and not in dispute, and frightened people by saying that hospitals would soon reach capacity and that there would be many deaths.

What should they have said?

That vaccination gives quite good immune protection. In South Africa, 88% of the Omicron ICU (Intensive Care Unit) and high care admissions were not vaccinated. Governments should communicate very clearly to citizens the value of vaccines protecting you from severe disease, hospitalisation, and death. No goverment can vaccinate its citizens out of a pandemic; it is important to implement non-pharmaceutical interventions paralel with vaccinataion. But, instead, they spread panic and warn that, soon, there won't be enough beds in intensive care units. Medicine should be freed from politics. Ultimately, people must decide for themselves what is good for them and take responsibility for their decisions and actions.

Definitely. In South Africa, we are now starting to make booster vaccinations available to seniors and people with immune deficiency. In the health sector, everyone should also receive a booster vaccination. However, it is not enough to fight a pandemic with vaccinations alone. Above all, citizens have a social responsibility to do the obvious. This includes, for example, wearing masks and staying away from crowds. But anyone who threatens severe lockdowns or enforces travel restrictions to prevent the spread of the virus does not understand the virus.

How do viruses work?

Viruses are simply constructed molecules, but they cannot exist on their own. As “parasites,” they do not aim to kill their host. The virus wants to survive. It keeps developing new variants to trick the immune system of its “host” without killing it. If the virus becomes too aggressive, its chances of survival decrease.

Does a virus, therefore, have an interest in displacing more aggressive viruses?

That is our hope. Although Omicron spreads like a wild fire, its symptoms are milder compared to the Delta variant. Omicron is acting more like a flu and a cold virus.

That, in itself, is good news.

Exactly. Research by South African scientists also shows that. They suggest that Omicron could displace the Delta variant of the coronavirus because infection with the new variant boosts immunity to the older variant. The number of cases rose rapidly but then fell at a startling rate. Hospitalizations increased only slightly. For the new year, therefore, our government ended the curfew that had been in effect between midnight and four in the morning. Larger gatherings are permitted, even indoors, as long as a social distance is maintained. The obligation to wear masks in public areas, however, remains in place.

The fourth wave of coronavirus (triggered by the new variant) has peaked in South Africa, based on recent statistics. Can people in Europe or the United States also be confident?

The population of South Africa is significantly younger than in Western countries, and you are currently in the middle of summer, a season in which respiratory diseases are relatively rare...

Omicron cases do not have different clinical pictures in South Africa and in Europe. There is nothing that prevents a comparison.